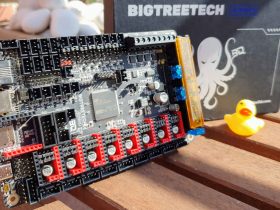 BTT Octopus: Analysis and Setup Guide with Marlin and Klipper

Bigtreetech, knows where the market is going and where it can innovate and improve the experience of its customers.

This new SKR Pico is especially focused on printers where we use Klipper as the heart of the system and given its small size it is perfect for, for example, Voron 0.1 or printers such as the Creality Ender or similar… great if we want to switch to Klipper and update our printer mainboard.

Before continuing with the article, I would like to remind you as always that we have a great community on our Telegram channel. There we usually share all our doubts and experiences. If you want to be part of it, feel free to join us.

You can also find other help guides in our Telegram Bot @ThreeDWorkHelpBot.

The SKR Pico, as commented, is a new type of mainboard totally focused on its use with Klipper with an exceptional design and quality very much in line with the SKR Mini V3.

We leave you with an introductory video by Bigtreetech.

As the most important improvements:

First Bigtreetech board equipping a Raspberry Pi ARM Cortex-M0+ MCU with RP2040 processor… with support for TMC2209 drivers in UART mode with native support for Klipper.

Two different models, the normal SKR Pico has a great heatsink for the drivers and the SKR Pico Armored that with an impressive design adds a “shell” to improve cooling and protection of the electronics.

Murata capacitors, Murata is a quality manufacturer of this type of components that have been included for optimal performance

Total integration with Raspberry Pi, the SKR Pico is totally focused on its use with Klipper and for this Bigtreetech has worked on it having a compact and totally integrated design together with a Raspberry Pi that is usually the most used brain in Klipper for 3D printers.

Sensorless, extremely useful, and increasingly popular functionality is the replacement of physical limit switches or endstops with sensorless. SKR Pico has full support for this functionality through jumpers.

SMD fuse, as we have already seen in some of its sister’s boards, this SKR Pico incorporates an SMD fuse reducing the size and adding a better look to the final design.

Compact design, the size of this SKR Pico makes it perfect to integrate into any printer, having connections lateral, facilitating its integration with Raspberry Pi and improving access and general cooling.

Where to buy the SKR PICO?

You can buy the SKR PICO in different marketplaces and internet stores. Here are some direct links.

If you use them, the price of the product will be the same as if you access it normally, but 3DWork will have a small commission. Something that will help us support the project and continue generating content.

As an alternative, you can also use our search engine for 3D printing products Markets.sx, where with a single search you will be shown prices from different marketplaces (Amazon, Aliexpress, Banggood, etc.)

We attach some schematics/diagrams of the SKR PICO:

Here are details of some of them:

A great improvement for our printers that can make it easier for us to have a first layer that is as perfect as possible is the installation of a leveling sensor such as the Bltouch because it is one of the most versatile.

You have detailed information in our Bltouch guide.

We also have the option of using an inductive/capacitative sensor, which we can select if it is of the PNP or NPN type by means of a jumper, which is always appreciated.

Although it is not a direct improvement in the use of the printer, the inclusion of a controllable LED strip is very useful, either for the lighting or the printing area as well as event management.

In this case, Bigtreetech has focused this controller board on its use with Klipper, for now, there is no compatibility with other firmwares.

Klipper is an open-source firmware for our 3D printers that use the power of a Raspberry Pi, usually though it can be mounted on many more devices, to control the electronics of your printer. By doing this we can make it work faster and with more precision depending on the system and hardware we have.

Something that Klipper is going to allow us, in any case, is being able to have control at a lower level of our machine, which will also require extra knowledge/effort, greater speed when applying any change in addition to control remote of the first-class machine.

It is important to emphasize that if we come from other systems, Klipper may have some restrictions in terms of compatibility with components or with certain functions that we now have in our printer.

On the other hand, we have very interesting control functions for our printer, such as Pressure Advance (similar to Marlin’s Linear Advance) and Input Shaper, which will greatly improve speed and quality.

As we have already mentioned the Klipper core runs on a Raspberry Pi normally, we can connect using a USB cable or USART to our SKR PICO but for our example, we will use the most common/simple one which is using a USB cable since the method we use for the connection has implications when generating the firmware.

In order for Klipper to be able to control our SKR PICO, it must contain a firmware that we can obtain in different ways:

These files have to be renamed to klipper.uf2, connect the board via USB to your computer and copy them to the drive that appears.

We can follow the official Klipper documentation to install it. We also recommend using Kiauh, Fluidd Pi or MainsaiOS, they have images that greatly facilitate the installation process of all the necessary components.
You can review our Klipper Guide.

If we follow the previous steps correctly we will have the klipper.uf2 compiled firmware on our computer. To install the firmware we must follow the following steps:

If we are going to power our SKR PICO via USB C, it is necessary to place a jumper on the USB POWER connector, remember to remove it when the board is powered by the printer source!!!

Now, all we have to do is go to the Klipper UI, adjust any error that the compiler reports, and put it on our board.

As always, we advise you to initially verify the printer by following our Klipper first steps guide.

As always, we hope that the article has been useful for you to configure these new BigTreeTech SKR PICO electronics. You can leave your comments or doubts at the end of it.

The SKR PICO is an exceptional board if you want to upgrade your Voron 0 or are looking to make the jump to Klipper on medium Ender-style machines. It will allow you to change the firmware in addition to having top electronics that will improve the set.
Etiquetas Bigtreetech 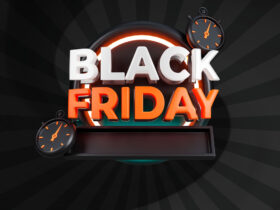 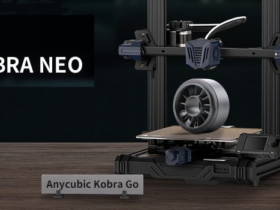 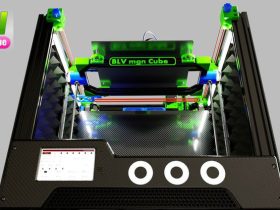 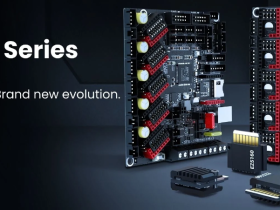 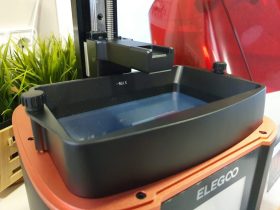 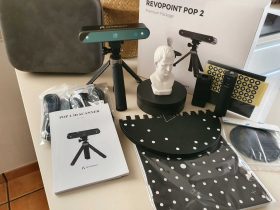 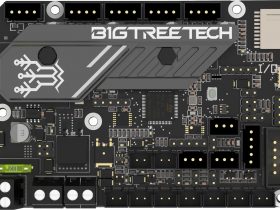 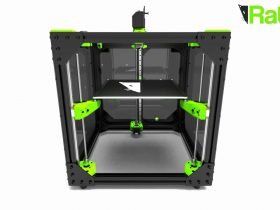 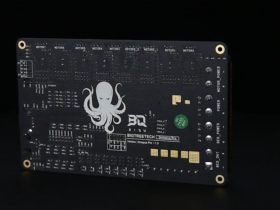